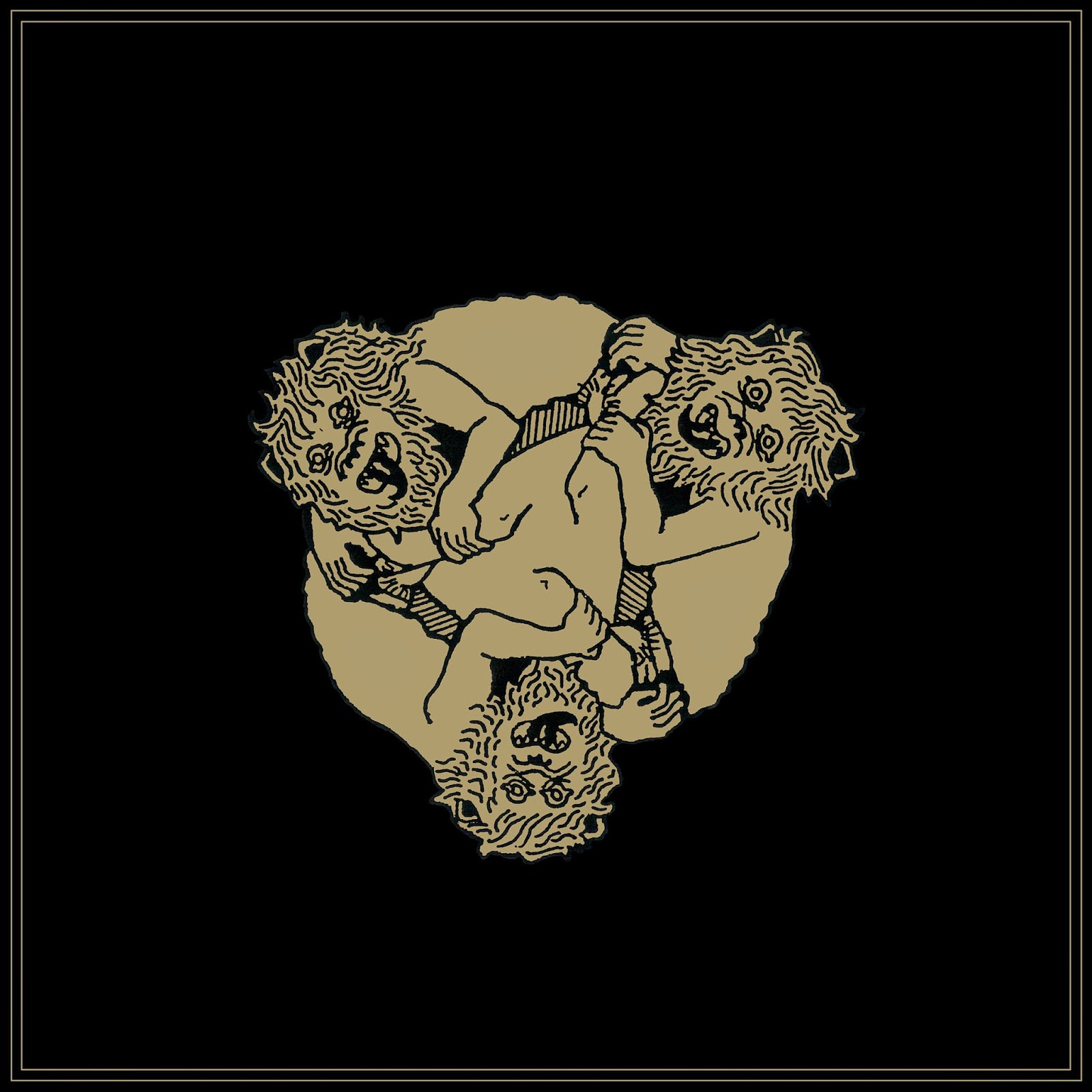 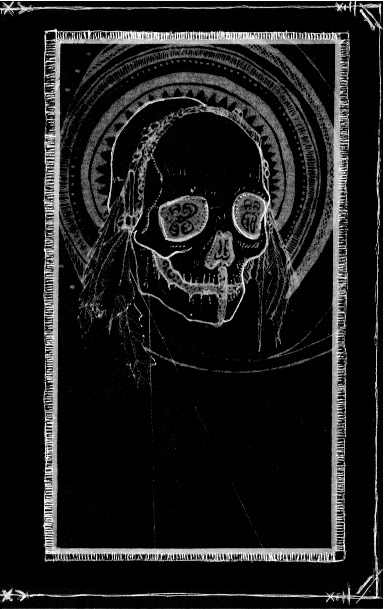 Primal, stomping black metal from Oakland, CA. While aggressive and raw, the 8 tracks showcased on the band's first offering are impressively well written and catchy. Limited to 200 copies on pro-tapes.

We are pleased to announce that after many delays, our 3 newest releases are ready to be unleashed upon the public with a release date of December 10. Enjoy a preview track off of each release at the links below.

AURVANDIL - The Harvest of Treachery

VILKACIS - Blood Dream in the Fever of War 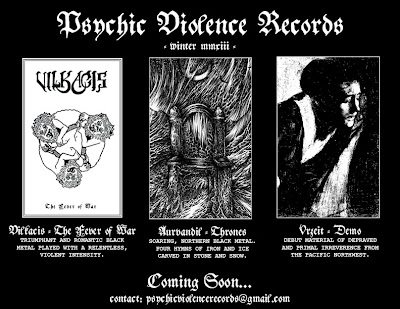 We are happy to report that our newest batch of releases have finally been sent to press, after many delays spanning multiple months. We are anticipating a mid-December release date for all 3 items and will be posting preview tracks shortly.

Additionally, we have created an email list in an effort to share our releases more directly with those who have an interest in what we are doing with this label and it's associated acts. If you are interested, simply enter your email address into the form below and you will be automatically included in all future updates.

Ruin Lust LPs are now available and shipping from Psychic Violence. A few reviews have rolled in since the last post, links to those below. Additionally, 2 new Ash Borer shirt designs have been added to the shop. Bloodlands LPs should arrive from the plant any day now, and pre-orders will be filled immediately upon arrival.

Having remained relatively quiet for most of 2012, Psychic Violence will emerge from the shadows in 2013 as a force to be reckoned with in the metal underground, with 4 new releases planned for this Spring alone. This year will also see our first LP releases, an exciting development that we hope to be indicative of future possibilities. Spring release schedule below.

While our cassette releases will have very limited distribution due to low quantities, we encourage interested distros, record stores, etc. to get in touch about carrying our LP releases.

Hailing from NYC, the newest emanations from Ruin Lust show the band perfecting their vicious blend of blown out black/death metal violence. The 4 tracks of long form chaos featured on this release show a marked progression from the already-excellent material from the band's 2011 Demo. Expertly mastered for vinyl by Dan Randall at Mammoth Sound Mastering for total devastation and pressed 100% in the US for a superior final product. Limited to 300 copies all on black vinyl.


Released in conspiracy with Gilead Media, this 3 track LP sees Ash Borer at their bleakest and most devastating to date. Recorded live and mixed down on 1/2" tape, this release features a noticeably rawer, yet still massive recording quality when compared with the band's most recent output. These recordings also see the band reaching out into new sonic territory that have been alluded to, but never fully explored on previous releases. The release will featuring stunning original cover art by Timo Ketola and has been mastered for vinyl by Dan Randall at Mammoth Sound Mastering. Released to coincide with Ash Borer's European tour alongside Fell Voices. 1000 copies in total, including a limited tour edition only available from the band in Europe.

PV-VIII - THEY CAME AT DAWN CS

Recorded in early 2011, this posthumous EP showcases the band's unique and absolutely punishing blend of death-injected crust. Far from being just another Entombed-inspired hardcore band repeatedly exhausting the same derivative formulas, the 6 tracks featured on this release are a blistering exercise in deranged downtuned d-beat warfare. Having withered away before getting the chance to reach a wider audience, we are pleased for this release to finally see the light of day in 2013. Released on pro-cassette, limited to 100.

The premier recordings of Vilkacis, solo project of Michael Rekeviks (Fell Voices, Ruin Lust, Sleepwalker), are a demonstration of raw and triumphant black metal. The songs are played with a sense of violent romance and total emotional abandon that can be felt in his other project but also with a melodramatic flair for melody that is unique to this project. Released in conspiracy with the artist himself on pro-cassettes.

In addition to these 4 releases, Psychic Violence will be stocking copies of the DLP edition of Ash Borer - Cold of Ages for purchase. Originally released by Profound Lore Records on CD, the vinyl edition (released by Pesanta Urfolk) features an entirely different mix and master for a heavier and improved sound overall.

I will be out of the country and then on tour for roughly 3 months starting at the end of this month. If there are things you were considering ordering, I would encourage you to do so ASAP. All available items in the Psychic Violence webstore have been marked off 10-15% until orders cease on 6/25. If you ordered something within the last 24 hours of this post you will be refunded for the sale amount (send an email if this does not happen automatically).
1 comment:

Cerebrate pro-press demo CS at the plant now. Another demo will be available at these shows.
1 comment:

Chaotic, violent black/death metal from NYC. This is the official, mixed, and mastered version of this material and sounds greatly superior to the CD-R mixes currently floating around the internet.

DIY Record Label based out of Arcata, California/Santa Fe, NM

All releases and distro items available at the Psychic Violence webstore

Contact psychicviolencerecords [at] gmail [dot] com regarding wholesale and trades.